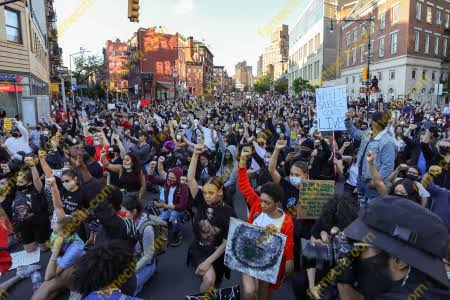 The recent happenings in the world for the past few weeks is no longer news especially in the United States due to the killings and absurd police brutalities against black communities which have been on the rise from the beginning of the year.

The United States witnessed an uprise in protests against racism and police brutality against black lives this weekend. The world have really seen how protesters have been treated wrongly for protesting by the release of teargas, rubber bullets and other form of techniques used to enforce law through pain.

A lot of citizens have questioned the credibility and responsibility of president Donald Trump over the past few weeks, notwithstanding an unknown man who has been named as a domestic terrorist drove over a group of peaceful protesters in Seattle Capitol Hill neighbourhood who were protesting against the killing and brutality of the police against black lives.

The man was reported to have intentionally drove over a lot of protesters and pulled out his gun to shoot a 27 year old man who has been rushed to the hospital and have been reported to be doing fine.

The crowd was said to have stopped the man before creating any further havoc. The unknown driver have surrendered himself to the police ever since the occurrence of the event.

Daniel Kaluuya Revealed He Lost Roles In England Due To Racism

Daniel Kaluuya has a great reputation here in America. He featured in Black Panther, Get Out, Widows, and had jobs in Kick-Ass 2 and...
Read more