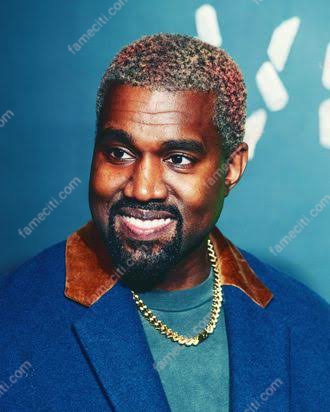 American rapper, Kanye West who is also known by the name “YE” is well known for always speaking up when matters which affect the black community comes up. However, to the surprise of many fans there seems to be no single word from the father of four ever since the murder of George Floyd.

Kanye who have been showing a lot of interest in politics and his relationship with God with the help of his gospel choir, and have also been a very close friend to Donald Trump these past years. Also, he had paid visits to the white house along side is wife Kim kardashian a couple of time but seems to have turned a blind eye at the injustice being done to George Floyd.

A lot of people have been wondering why the rapper is yet to speak up about the issues which he has preached with his songs, yet others think his silence is better because he might end up making matters worse.

Radio host Ebro Darden brought up the matter via his twitter account saying “And furthermore why is Kanye so quiet?”.

And furthermore why is Kanye so quiet?

Kendrick Perkins also commented saying: “I thought Kanye West and Trump were good friends?! NOW is the time for Kanye to pull up to the White House and have a sit down with old Donald Trump. Just saying…….”

HOT POST: Donald Trump Claims To Have Done More For Blacks After Lincoln

Do you think kanye west is turning a blind eyes at this matter or he is trying not to complicate issues with his words?

Below are other tweets:

I thought Kanye West and Trump were good friends?! NOW is the time for Kanye to pull up to the White House and have a sit down with old Donald Trump. Just saying…..

this is the first time @kanyewest has been silent in his whole life, and god is it deafening pic.twitter.com/KXPhKa6xhv

NBC has given a directly to-arrangement request for a parody arrangement dependent on the adolescence of Dwayne "The Rock" Johnson. As indicated by Variety, Johnson...
Read more

Blac Chyna and Rob Kardashian have had their good and bad times with regards to their relationship. Things have gone from great to terrible...
Read more