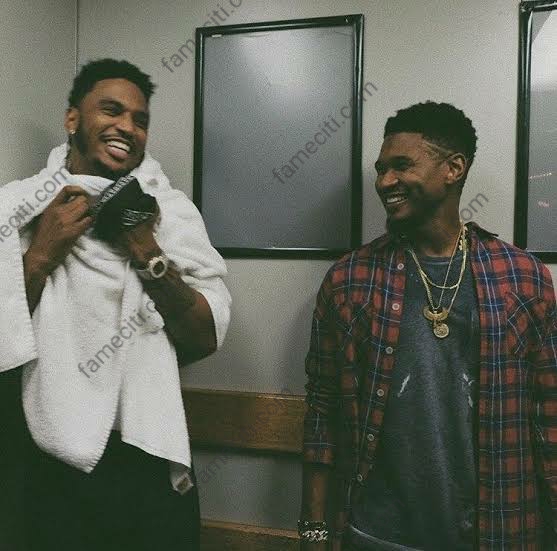 The United State of America have witnessed a lot of protests over the death of George Floyd, a lot of celebrities have come out to show there support in different ways via there social media page and physical appearance during protest.

A memorial service was held in Houston yesterday in the home town of George Floyd and the presence of several celebrities were witnessed to pay their last respect to the deceased, and a private final burial service is said to be held today by family members of George in Houston today.

Even after the burial of George Floyd people seems not to be giving up against the fight against the brutality and maltreatment of cops against black community.

LA witnessed another form of protest in the city earlier today which saw the likes of Trey Songz and Usher coming out to show there support to the #blacklivesmatter protesters, everyone in the video which Trey Songz shared via his Instagram page showed lot of protesters riding a bike alongside Usher and Trey Songz himself.

By the look of things the protest is still definitely going to keep on going until the government looks into the brutality against black community by the cops and take necessary steps to stop it.