A Texas Army National Guard soldier who was said to be 22years of age remains missing after he went into the Rio Grande River on Friday. He was trying to help a migrant woman who was trying to come across into the United States.

The strong currents  of the river made the searchers to stop rescue attempts on that Friday night for the soldier,one of the Texas Military Department said in his statement. According to reports, the search and rescue teams were to resume the efforts on Saturday, and the Texas Military Department said they will continue the search for their soldier until they have exhausted all possible resources.

The soldier was said to go missing on Friday after entering a river in Eagle Pass to help two migrants who officials say “appeared to be drowning as they illegally crossed the river from Mexico to the United States.” 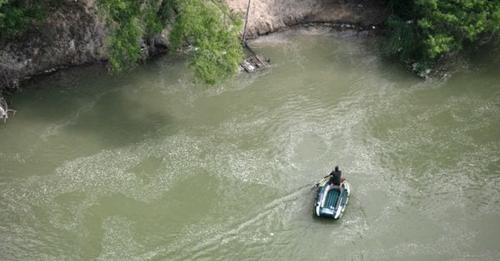 Our thoughts and prayers remain with the family of the soldier.’

Preliminary investigation has revealed that the migrants, who are now in the custody of border patrol, were involved in illicit transnational narcotics trafficking. It has still been unravelled If the military member knew of their allege criminal activity when he jumped to their rescue.

The guardsman had been assigned to Gov. Greg Abbott’s Operation Lone Star initiative that was aimed at combatting illegal border crossings and drugs.

Good morning from Eagle Pass, TX where illegal crossings continue nonstop. This group just walked across the Rio Grande in the AM hours. Just a few miles away is where a TX National Guard soldier presumably drowned. Still not found after nearly 48 hours pic.twitter.com/c3vGZCaMaW

The sheriff said that drownings are not uncommon in the river. He also added that the drowning of a law enforcement officer is considerably more rare. “When I was in the Border Patrol, we advised never to jump after anybody,” he said.

LPB Poody Injured During Orlando Fatal Shooting, Orlando rapper, LPB Poody is healing from a shooting that left two others harmed and a secondary...
Read more