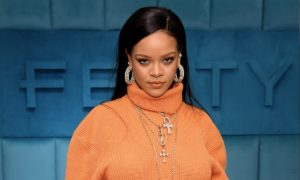 Rihanna warns fans not to worry about new album. Last fall, Vogue asked Rihanna if her busy schedule — including running her Clara Lionel Brand, as well as her growing list of fashion and beauty lines — left her with enough time to record new music for her long-awaited ninth studio album, which her fans took to obsess about on social media.

She told the publication that she had “tried to get back into the studio,” but no longer had “the luxury” to spend any “extended period of time” there. Also adding that she was mindful of the delay that caused her some really disgruntled fans who don’t understand the inside of how it works.

Unfortunately, on Friday, April 10, one such fan chimed in on an Instagram Live. Rihanna posted asking about “R9” while the singer was trying to have a little mid-quarantine, home dancefloor fun at her inaugural “Fenty Social Club Party.” 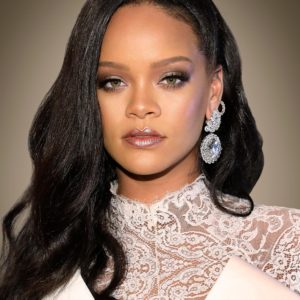 “If one of y’ all [expletives] asks me about the album again when I’m trying to save the world unlike all of you president …,” she warned users, USA Today says.

In the past, Rihanna’s tended to joke with her fans — or straight-up mock them — when they begged her for a follow-up to 2016’s “Anti.” For example, at the end of 2019, she posted a video of a dog rocking out to House of Pain’s “Jump Around.” “Update: me listening to R9 by myself and refusing to upload,” she quipped the caption.

This time she was more serious because, yes, she worked on the album but also because of the tremendous amount of time and money she has invested in recent weeks battling the coronavirus epidemic.

Rihanna revealed on Thursday that her foundation is co-funding a $4.2 million grant with Twitter CEO Jack Dorsey that will “… allow the Los Angeles Mayor’s Fund to provide 10 weeks of assistance to victims of domestic violence including shelter, food, and therapy for individuals and their children,” a press release said.

The fund is a reaction to reports of a disturbing worsening of domestic violence during the pandemic as residence-home orders nationally separate victims, often with their abusers. 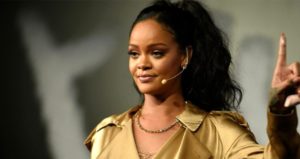 To some users on Instagram, who responded to a promotional post about Rihanna’s Fenty IG Live party with more demands for release of the album, all this didn’t seem to matter much.

“Right now, she’s trying to save the world (US),’ one fan said in the comments. “Chill team.”

The Weeknd Hints His Fans About Is New Music Coming Soon

The Weeknd may have probably the most restless fans in the realm of music. In spite of discharging My Dear Melancholy EP in 2018,...
Read more

NBA All Star Fan Voting Results Revealed, The NBA has today revealed the first returns in the All Star fan voting, revealing that the...
Read more