Monkeypox is a rare but potentially serious viral illness that typically begins with flu-like illness and swelling of the lymph nodes and progresses to a rash on the face and body. Most infections last 2-to-4 weeks. Monkeypox is an infectious disease caused by the monkeypox virus that can occur in certain animals, including humans. 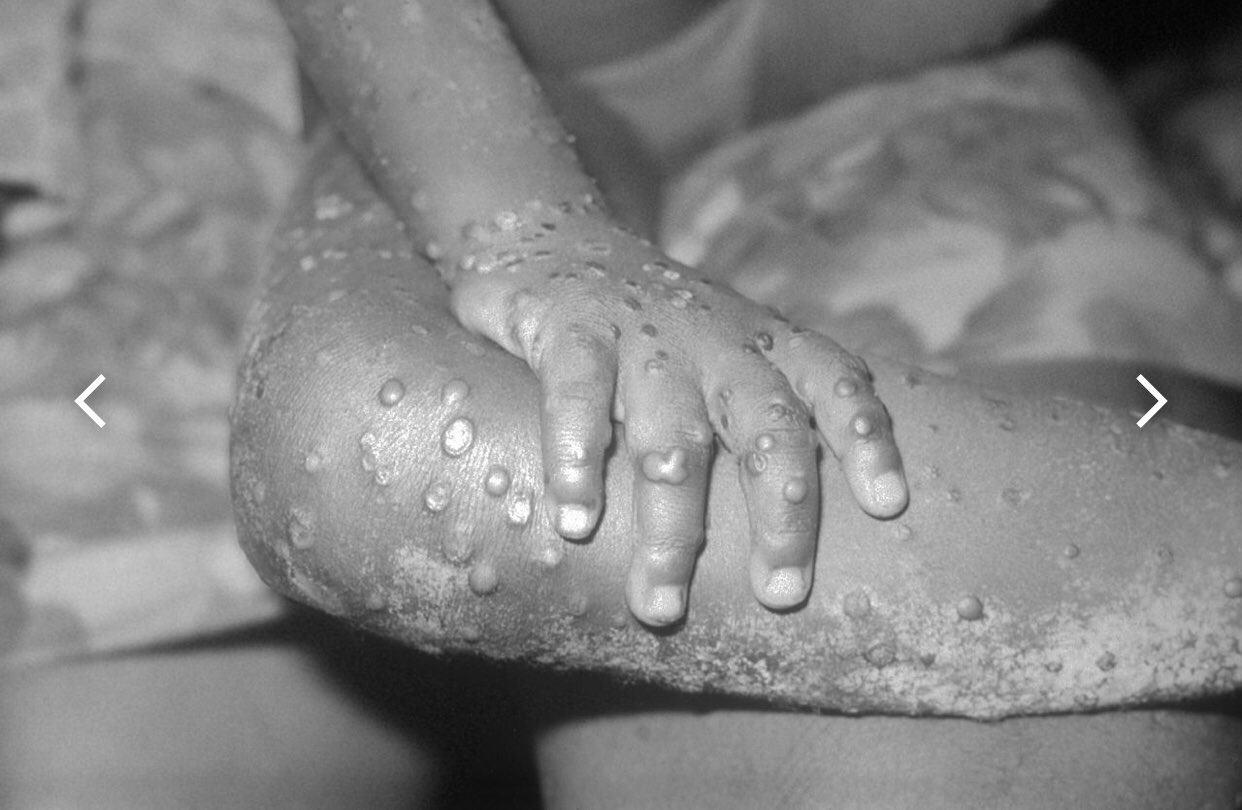 Symptoms begin with fever, headache, muscle pains, swollen lymph nodes, and feeling tired. This is followed by a rash that forms blisters and crusts over. The time from exposure to onset of symptoms is around 10 days. The duration of symptoms is typically two to four weeks.

There has been a record of  monkeypox outbreak in the United Kingdom, Portugal and Spain. The outbreak is quite small  just 36 suspected cases spread across the three countries, including eight in England and 20 in Portugal. A case in the U.S. has also been reported.

The health officials have little clue where people caught the monkeypox virus. And there’s concern the virus may be spreading through the community undetected and possibly through a new route of transmission.

📍BREAKING—The first confirmed case of #monkeypox in the United States this year just confirmed in a Boston individual who recently travelled to Canada, officials said, as concern rises over the spread of the infectious virus in multiple countries, now US.https://t.co/W0OXFYemYT pic.twitter.com/jwJgbJ8G8q

Public health authorities in Quebec are looking into 13 cases. In the United States, Massachusetts authorities and the CDC confirmed the country’s first case this year on Wednesday.

“The case poses no risk to the public, and the individual is hospitalized and in good condition,” a statement from the Massachusetts Department of Health. “Several cases including clusters has been  detected in Portugal, Spain and Britain where monkeypox is rare are erupting within sexual networks,” said Inger Damon, a poxvirus expert with the CDC, in an agency statement.

Most of the European cases have been found in homosexuals though CDC emphasised that “anyone, regardless of sexual orientation, can spread monkeypox.”

13) So is #monkeypox airborne damnit or not? Well… not 100% sure yet, but maybe… highly possible. One study shows it may be aerosol stable for 90 hours and potentially still infective during that time. That’s bad. https://t.co/5yxH1eGmqe

QUANDO RONDO HAS REPORTEDLY BEEN SHOT IN GEORGIA. Tyquian Terrel Bowman, also known by his stage name Quando Rondo, is an American rapper. He is...
Read more