The Myanmar military is the largest branch of the Armed Forces (Tatmadaw) of Myanmar (Burma) and has the primary responsibility of conducting land-based military operations. The Myanmar Army maintains the second largest active force in Southeast Asia after the People’s Army of Vietnam. The Myanmar Army had a troop strength of around 350,000 in 2006. Due to its extensive experience in combat with insurgents in rough terrain, the army has acquired substantial combat experience conducting non-stop counter-insurgency operations against ethnic and political insurgents since its inception in 1948. 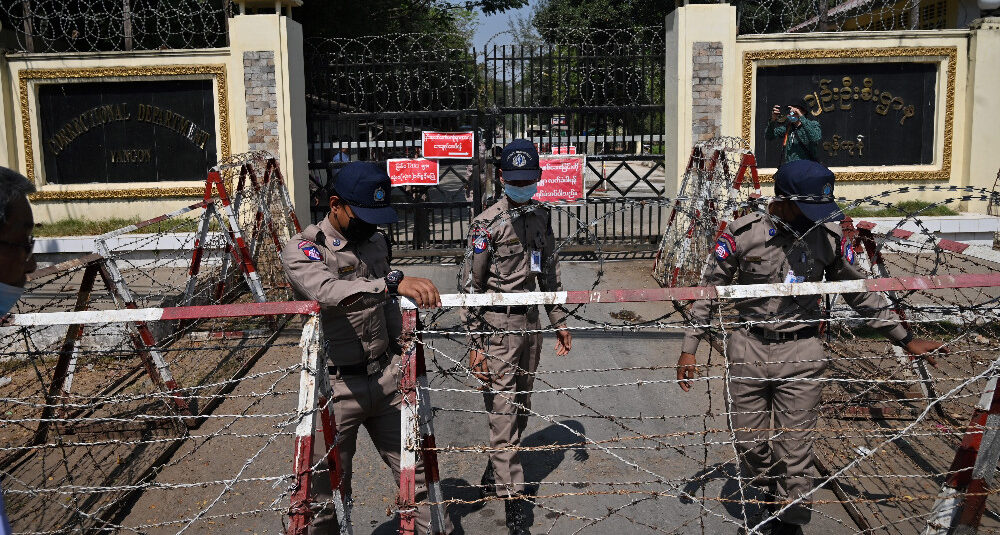 Four democracy activists were executed in Myanmar for helping to carry out “terror acts” according to state media reports. Ko Jimmy, a veteran of the 1988 pro-democracy uprising and Phyo Zayar Thaw, a former MP in Aung San Suu Kyi’s party, a hip-hop artist turned member of parliament who was widely admired among Myanmar’s youths were those that were killed according to Myanmar Now. Activist group the Assistance Association of Political Prisoners (AAPP) said Myanmar’s last judicial executions were in the late 1980s.

Phyo Zeya Thaw, 41, and Ko Jimmy, 53, were convicted on terrorism charges and sentenced to death in closed-door trials last fall. The other two men executed were Hla Myo Aung and Aung Thura Zaw, state media reported, who were convicted of killing an alleged military informant. After the latest arrests, many had hoped that the junta would not execute the activists, partly due to mounting international pressure.

“In 1988, many people were given death sentences for opposing military dictators. I even spent some time with those people in prison. But no-one was executed and many were released later,” Min Zeya said. News of the executions was especially shocking because the officials had arranged a virtual meeting between the activists and their families on Friday – the military spokesman even denied rumours of imminent execution, saying that they would not happen in haste.

Amazon Sales Increases By Over 28%

Amazon Sales Increases By Over 28%, Deals in the quarter rise by 26% year-on-year and the firm said they could rise another 28% in...
Read more

The previous summer, A$AP Rocky's detainment in Sweden for ambush exasperated fans over the globe, and one such fan took things excessively far. While...
Read more

World leaders: Race for a vacccine

World leaders: Race for a vacccine, The scientific censuses seems, by all accounts, to be that it could take at any rate year and...
Read more

Lil Yachty discussed releasing his inevitable album during an Instagram Live meeting, yet he didn't surrender an excessive number of track on the album. Regardless...
Read more