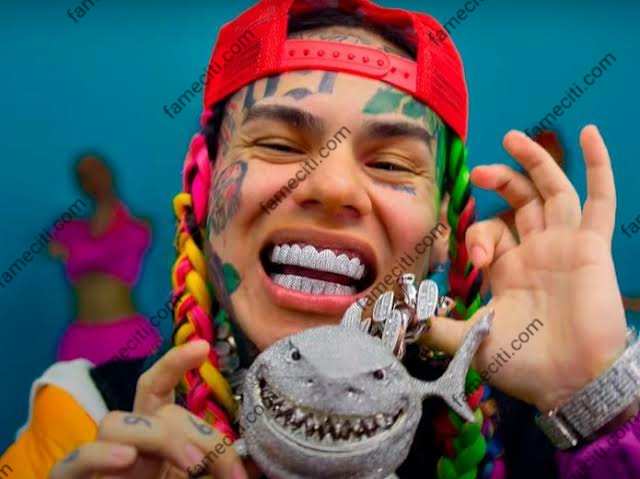 A lot have been going on with 6ix9ine ever since his release from jail to complete his sentence in home confinement from the news of him acquiring lot of exotic rides to purchase of expensive jewelries.

The Brooklyn born released his first single titled Gooba ever since his release from prison a few month ago and a lot have been going on from YouTube putting down the song from there platform to producer Magix Egna claiming credit should have been given to him for the beat used in the song Gooba.

Magix Egna Claims 6ix9ine Paid Him $900 To Remove Copyright Claim, The kenya born producer, Magix Egna claims he produced the intro to the song Gooba and said his name was not included among part of the people who contributed to the single.

Egna has claimed that someone from 6ix9ine team have reached out to him and decided to pay him $900 which is equal to 100,000 Kenya shillings to remove all copyright claim on the song which he accepted.

The producer also said he slept and thought about the issue and decided that he wants credit to be given also to him concerning the song and have decided to return the money back to 6ix9ine. All claim made by Magix Egna has been denied by 6ix9ine management saying no one have reached out to Magnix and no money was ever paid to anyone.

Stevie J & Faith Evans Causes Speculation on Twitter About Their Relationship     Stevie J may have recently uncovered that he and spouse Faith Evans have...
Read more

The Tokyo Olympics have gotten another date, after the COVID-19 forced a re-planning of the game. Due to the coronavirus flare-up, you don't need to...
Read more