Alexander Valterovich Litvinenko was a British-naturalised Russian defector and former officer of the Russian Federal Security Service who specialised in tackling organized crime. A prominent critic of Russian President Vladimir Putin, he advised British intelligence and coined the term “mafia state”. This prominent Russian dissident was assassinated in London with a deadly dose of radioactive poison because he had claimed that Vladimir Putin was a pedophile, according to an independent British inquiry. 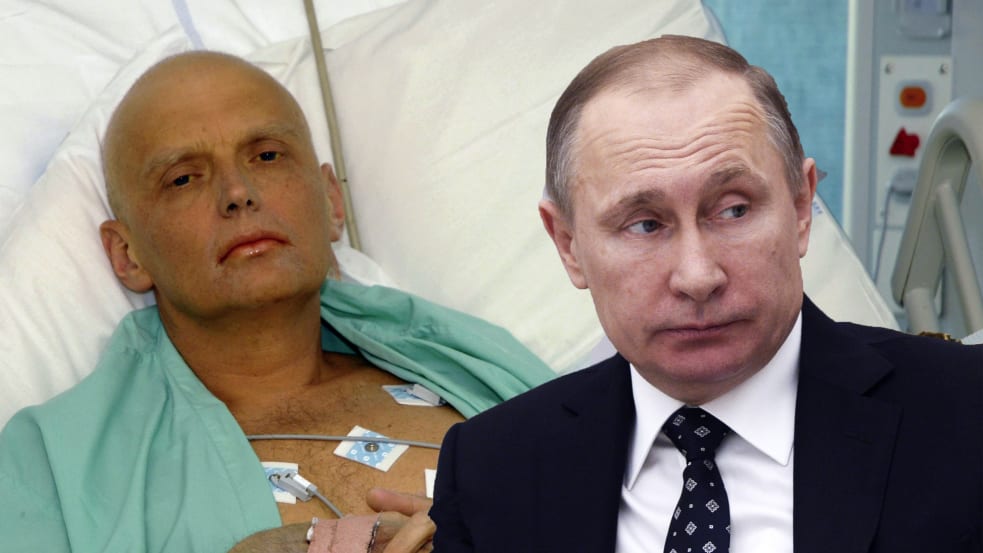 The hit was “probably” carried out on the personal orders of the Russian president. Before his death, Litvinenko said: “You may succeed in silencing one man but the howl of protest from around the world, Mr. Putin, will reverberate in your ears for the rest of your life.” On 22 November 2006, Litvinenko’s medical staff at University College Hospital reported Litvinenko had suffered a “major setback” due to either heart failure or an overnight heart attack. He died on 23 November. The following day, Putin publicly stated: “Mr Litvinenko is, unfortunately, not Lazarus”.

Scotland Yard stated that inquiries into the circumstances of how Litvinenko became ill would continue. On 24 November 2006, a statement was released posthumously, in which Litvinenko named Putin as the man behind his poisoning. Litvinenko’s friend Alex Goldfarb, who was also the chairman of Boris Berezovsky’s Civil Liberties Fund, claimed Litvinenko had dictated it to him three days earlier. Andrei Nekrasov said his friend Litvinenko and Litvinenko’s lawyer had composed the statement in Russian on 21 November’s and translated it to English.

The allegation that Putin had used his position as head of the Russian intelligence service to destroy video evidence of himself having s*x with underage boys—was “the climax” of an increasingly bitter personal feud between Alexander Litvinenko and the Kremlin leader.

Sir Robert Owen, a retired High Court judge, found that this personal animosity, combined with Litvinenko’s continued criticism of the Kremlin and the FSB, of which he was once a senior member, was the motive behind his brazen murder in a Mayfair hotel via a pot of green tea laced with the radioactive isotope polonium-210 in November 2006.“The FSB operation to kill Mr. Litvinenko was probably approved by Mr. Patrrushev, then head of the FSB, and also by President Putin,” Owen told the Royal Courts of Justice on Thursday.

Key findings: who killed Alexander Litvinenko, how and why “July 2006 Litvinenko wrote an article claiming Putin was a known paedophile who had used his power as FSB chief to destroy videotapes of himself having sex with underage boys.” #pedoputin https://t.co/OzEpqEG1R3