José Carlos Altuve is a Venezuelan professional baseball second baseman for the Houston Astros of Major League Baseball. The Astros signed Altuve as an amateur free agent in 2007, and he made his major league debut in 2011. A right-handed batter and thrower. 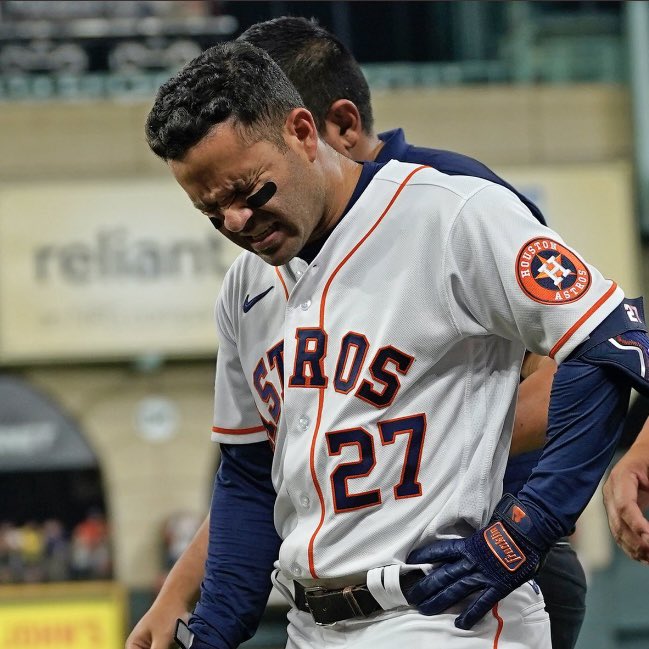 Altuve legged out an infield single with one out in the eighth and then fell to the ground past first base. He sat on the ground and threw his batting helmet into the ground as he winced in pain. 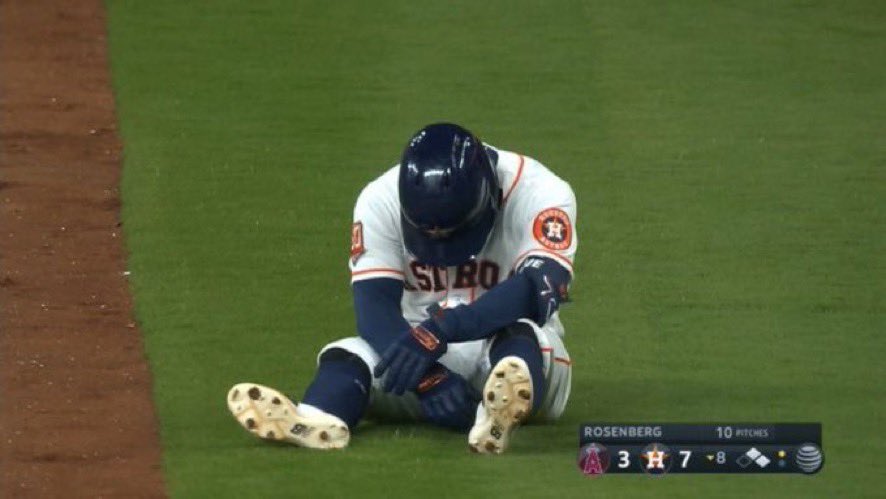 He looked huffed as he sat in the Minute Maid Park grass without his helmet after pulling up lame at first base when he suffered a left leg injury while trying to beat out an infield single in the eighth inning Monday. Briefly after the Astros’ 8-3 win over the Angels, Altuve didn’t have many answers, except that he already was feeling a little better than expected and he would be checked by doctors Tuesday.

ALSO READ : Still Undefeated 💪🏾 Ryan Garcia improves to 22-0 with a victory over the Ghanaian boxer Emmanuel Tagoe in his return.

He said in the Atros clubhouse after the win that he was a little bit scared, but some tests will be done and hopefully everything is fine and it’s not anything crazy.

Jose Altuve compared tonight’s injury to the left hamstring strain he suffered in 2019. He was set to miss about 2 weeks with that injury, but he ended up hurting his other leg during his Class AAA rehab assignment and was out nearly 6weeks.

Our thoughts are with Jose Altuve tonight. He was removed from the game in the 8th inning after legging out a grounder. He appeared to injure himself after stepping on the first base bag. #khou11 #LevelUp #astros Photos: @AP