Jimmy Butler is an American professional basketball player for the Miami Heat of the National Basketball Association. After playing one year of college basketball for Tyler Junior College, he transferred to Marquette University. He was drafted with the 30th overall pick in the 2011 NBA draft by the Chicago Bulls. 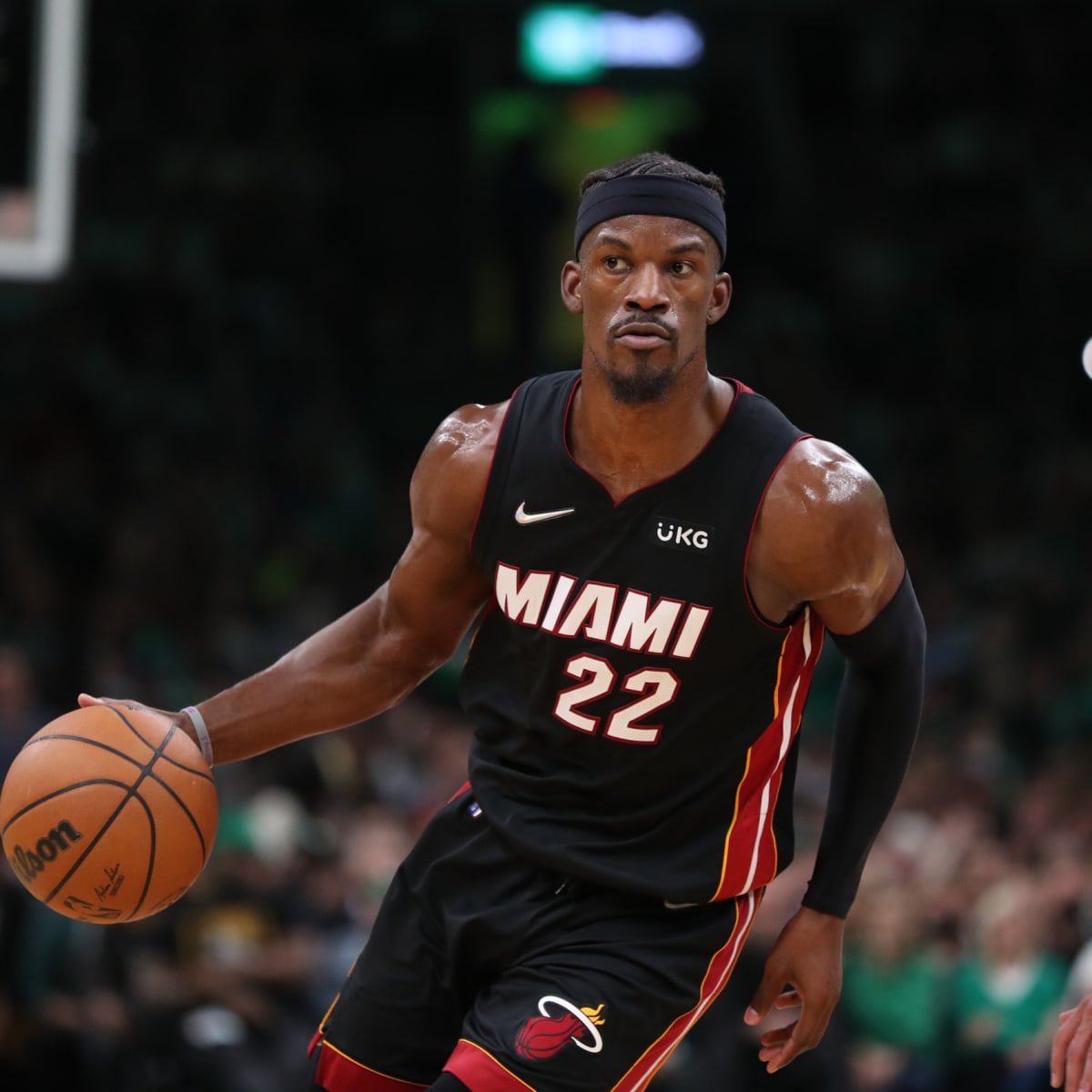 Nicknamed “Jimmy Buckets”, Butler is a six-time NBA All-Star, a four-time All-NBA Team honoree, a five-time NBA All-Defensive Team honoree and an Olympic gold medalist. In 2015, he was named the NBA Most Improved Player. In 2021, he led the league in steals.

Butler posted 41 points (27 in the second half), nine rebounds, five assists, four steals and three blocks in a 118–107 win over the Boston Celtics. He became the first player in NBA postseason history to meet all of those benchmarks since steals and blocks were first recorded in 1974.

Butler posted his fifth career playoff game with 40 points on 60 percent shooting, and tied with Charles Barkley for third-most over the last 30 playoffs. The only players that have more such games are LeBron James and Shaquille O’Neal. Butler also achieved the most 40/5/5 playoff games in Heat history with 3, one more then LeBron James and Dwyane Wade. On May 21, Butler injured his right knee and did not play in the second half of Game 3. Miami would go on to win the game 109–103 and take a 2–1 series lead.

"Knee is banged up, nobody cares. Go out there and continue to build your legacy" 💪

DWade's words of encouragement to Jimmy Butler before Game 6 pic.twitter.com/Swg3hywmzZ

Woman dragged to death by Alligator

Woman dragged to death by Alligator, An American woman who had been killed by an alligator had told a friend she wanted to get...
Read more