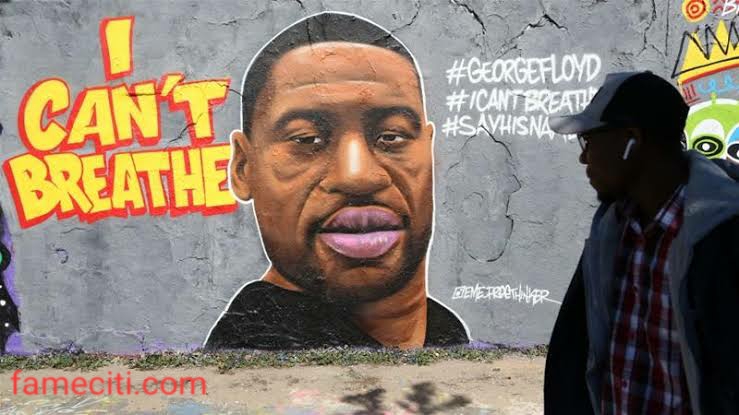 A public memorial service is presently being held in loving memory of George Floyd who passed on two weeks ago due to police brutality by officer Derek Chauvin, protests have been ongoing all over the nation demanding justice for George.

A public funeral is presently ongoing in his hometown Houston which is expected to be attended by over a thousand of people, the funeral is said to take place for more than six hours in order for people to come out to pay their  last respect to George.

George Floyd’s public memorial service to occur in Houston due to social distancing order which is in place all participant are expected to use a face mask in order to curb the spread of coronavirus through the event, and only 15 people will be allowed in at a time. A private funeral service will also be held in memory of George Floyd tomorrow by is family and close friends alongside a burial service which will be done in  Houston suburb of Pearland, close to his mother.

Joe Biden, Houston Mayor Sylvester Turner and Jamie Foxx are part of the people in attendance for the memorial service. Houston police department have stated there support in ensuring the well being  and safety of the family of the deceased.

Full List Of Winners At The Golden Globes 2020 Award

The 2020 honors season will commenced Sunday night with the 77th yearly Golden Globe Awards service. It denoted an encouraging start to the honors...
Read more

Coronavirus: China’s economy shrinks by 6.8% in worst downturn since 1970s