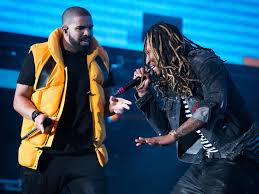 In the event that the topic ain’t broke, don’t fix it. As far back as they connected up to convey What A Time To Be Alive in 2015, Drake and Future have been relentlessly laying the foundation for a spin-off of the lofty collection.

Without a doubt, the first wasn’t too profound, with the two gatherings basically delighting in their rich ways of life, discovering shared opinion in realism and the incidental snapshot of extravagance. Fortunately, they did as such over fresh generation with their particular magnetism meters wavering on high.

Hence many still think back affectionately on WATTBA, and would acknowledge a spin-off as well as effectively foresee it.

Fortunately, all signs point to some new WATTBA2 improvements in 2020. Following quite a while of prodding the continuation’s presence, including a couple in the background shots of an up and coming video shoot, Drizzy has authoritatively given the open something to work with.

Taking to IG, Drake shared an account of a still from “Life Is Good,” another video from himself and Future. To be reasonable, it’s vague whether the single is set to be one section of a more noteworthy entire or an independent piece – in any case, it’s something to anticipate.

In light of the title, which gets back to Nas’ collection of a similar name, it appears as though the festival of life will remain the essential topic our saints decide to investigate. Given all the extravagant new toys Drake has secured since the first go-around – an OVO stream, a custom b-ball court, etc – Future absolutely has a difficult, but not impossible task ahead in this episode of sound challenge.

Meek Mill Reacts To Drake’s Interview, accommodating Mill and Drake have frantic regard for one another in spite of their old quarrel. On the off...
Read more

Coronavirus: ‘Scientists in the UK to begin testing vaccine on humans this week’