David Khari Webber Chappelle is an American stand-up comedian and actor. He is known for his satirical comedy sketch series Chappelle’s Show. The series, co-written with Neal Brennan, ran until Chappelle quit the show in the middle of production of the third season. After leaving the show, Chappelle returned to performing stand-up comedy across the U.S. By 2006, Chappelle was called the “comic genius of America” by Esquire and, in 2013, “the best” by a Billboard  writer. In 2017, Rolling stone ranked him No. 9 in their “50 Best Stand Up Comics of All Time”. 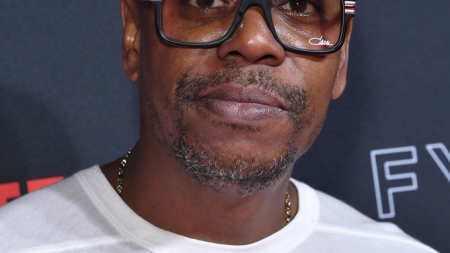 Comedian Dave Chappelle was attacked on stage at the Hollywood Bowl in Los Angeles on Tuesday night by a man who tackled him during his performance.

Video footage from AIR7 HD captured the apparent attacker on a gurney and being loaded into an ambulance to be taken to a hospital. According to people who attended the show and the footage circulating on social media, seeming to show Chappelle on stage performing when the man to his right rushes at him and tackles him to the floor.

Also read: Misha Collins issue an apology for misspeaking at a fan convention

The man is then seen to be dragged away by security,and take into custody. Also it was said that the man was armed with a replica gun “that can eject a knife blade” when discharged correctly. It wasn’t immediately clear if the man tried to use the weapon. Police said that Chappelle was not injured in the incident.

He was taken down by a group of people that reportedly included Busta Rhymes and Jaime Foxx pic.twitter.com/YriyXFZnSS

Last year, Chappelle faced criticism and protests when his Netflix special was accused of being transphobic.

After returning to the stage on Tuesday, the 48-year-old appeared to make light of the controversy, suggesting to the audience that the attacker “was a trans man”.

Do not forget to drop comments at the comments section below 🥰

T.I. Picks Domani As Best Teen Rapper Over Lil Pump, NLE Choppa & Many Others With another young development in progress in hip-hop, many have...
Read more

Kodak Black Declare’s He Is A Diehard Fan Of Drake

Kodak Black might be in the slammer right now, yet that doesn't mean he isn't perusing internet based life every now and then. The...
Read more