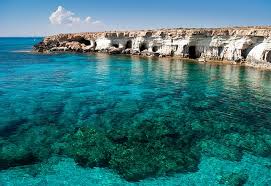 These Maltese islands as served as a resting point for migratory birds crossing the Mediterranean. This report has been backed up through Birdlife Malta sending the popular European News Outlet, Euronews pictures of a marsh harrier bird of prey, which was said to have been illegally shot during this year’s three-week week spring hunting season which allegedly shows that Malta is supporting hunters to embark on quail hunts despite the coronavirus lockdowns.

Mark Sultana, chief executive of Birdlife Malta said,
“when it comes to hunting and trapping, government bend forwards, backwards, sideways, just like a jumping jack box in the hands of the hunting lobby.”
“It is incredible how governments in the past and even the ones we have today are spineless.”

The Maltese government says that because people are hunting alone in the region, at this time the practice will go ahead but hunters over the age of 65 have their licenses revoked to keep them at home.

Given the danger to migratory birds in 2015, the citizens of Malta voted narrowly in favor of opening the spring hunting season and hunters insist that they will follow and abide by the rules laid out by the government.

Dr David Scallan, secretary-general at the European Federation for Hunting and Conservation said

Pop Smoke & Travis Scott’s New Single Will Be Released tonight, While we calmly hang tight for the appearance of the new Jack Boys...
Read more