Amber Heard is back on the witness stand in Virginia on Monday for cross examination in a libel suit filed against her by her ex husband Johnny Depp. Depp is suing Heard for $50 million over a 2018 Washington Post op-ed in which she wrote about her experience with domestic abuse. Heard has filed a $100 million dollars counter suit against Depp in 2020,which is ongoing.

Amber Heard is set to resume her testimony in the $50 million defamation case with ex-husband Johnny Depp today which is Monday, following a week-long break in proceedings. 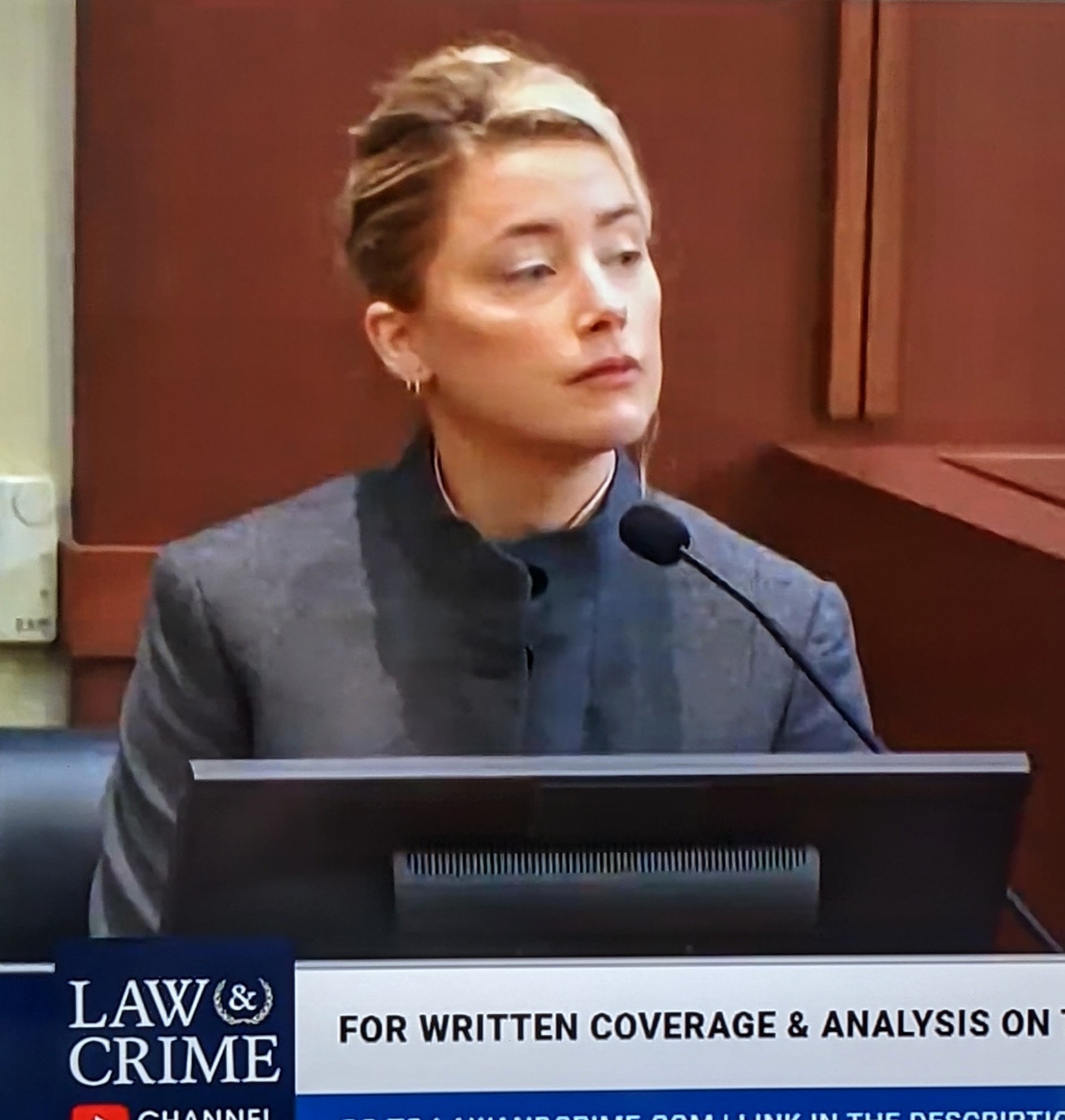 Depp has accused Heard of defaming him in a 2018 op-ed for the Washington Post. In the piece, which published roughly two years after they divorced, Heard described herself as a “public figure representing domestic abuse.” Though Depp was not named in the article, he claims it cost him lucrative acting roles.

Amber Heard is once again on the witness stand for a third day of testimony in a libel suit filed against her by her ex-husband, Johnny Depp. https://t.co/Yy2g5dK8ue

Depp spent four days on the stand last month giving his own testimony, which included a cross-examination. This high-profile trial has resumed after a one-week hiatus to accommodate a judicial conference. Jurors have already heard four weeks of testimony.

Heard has already spent two days on the witness stand and still has not been cross-examined by Depp’s lawyers.

Heard told jurors she was physically and sexually abused on multiple occasions before and during her brief marriage to Depp, which lasted from 2015-16. Depp has already testified and denied he ever hit Heard.

Depp has sued Heard in Fairfax County Circuit Court for libel over an op-ed she wrote in The Washington Post describing herself as “a public figure representing domestic abuse.” His lawyers say he was defamed by the 2018 article even though it never mentioned his name. While she didn’t name Depp in the piece, his lawyers argue it was implied to be about him and negatively affected his career. She countersued Depp for $100 million.

The actor has already lost an earlier lawsuit he took in the UK over the same article that appeared in The Sun. The trial is expected to last six weeks.

Protests Spread Across US After Minneapolis Killing The security perimeter of Barclays Center in New York stormed by thousands of protesters as they spread across...
Read more