Ezra Matthew Miller is an American actor. Miller’s feature film debut was in Afterschool, which they followed by starring as the title character in the drama We Need to Talk About Kevin and in the film adaptation of The Perks of Being a Wallflower.

In 2015, Miller co-starred in the drama The Stanford Prison Experiment and the comedy Trainwreck, before playing Credence Barebone / Aurelius Dumbledore in the Fantastic Beasts films Fantastic Beasts and Where to Find Them (2016), Fantastic Beasts: The Crimes of Grindelwald (2018), and Fantastic Beasts: The Secrets of Dumbledore (2022). In 2020, they also had a recurring role on the miniseries The Stand as Donald Merwin “Trashcan Man” Elbert. Miller also portrays Barry Allen / The Flash in films and television series set in the DC Extended Universe (DCEU), most notably Justice League (2017), its director’s cut Zack Snyder’s Justice League (2021), and their own standalone film The Flash (2023).

Allegations have surfaced against actor Ezra Miller, claiming that they provided a minor alcohol, marijuana and LSD. Allegations come from the parents of an individual who Miller had allegedly provided the substance to. They claimed, “Ezra uses violence, intimidation, threat of violence, fear, paranoia, delusions and drugs to hold sway over a young adolescent Tokata (individual in question). 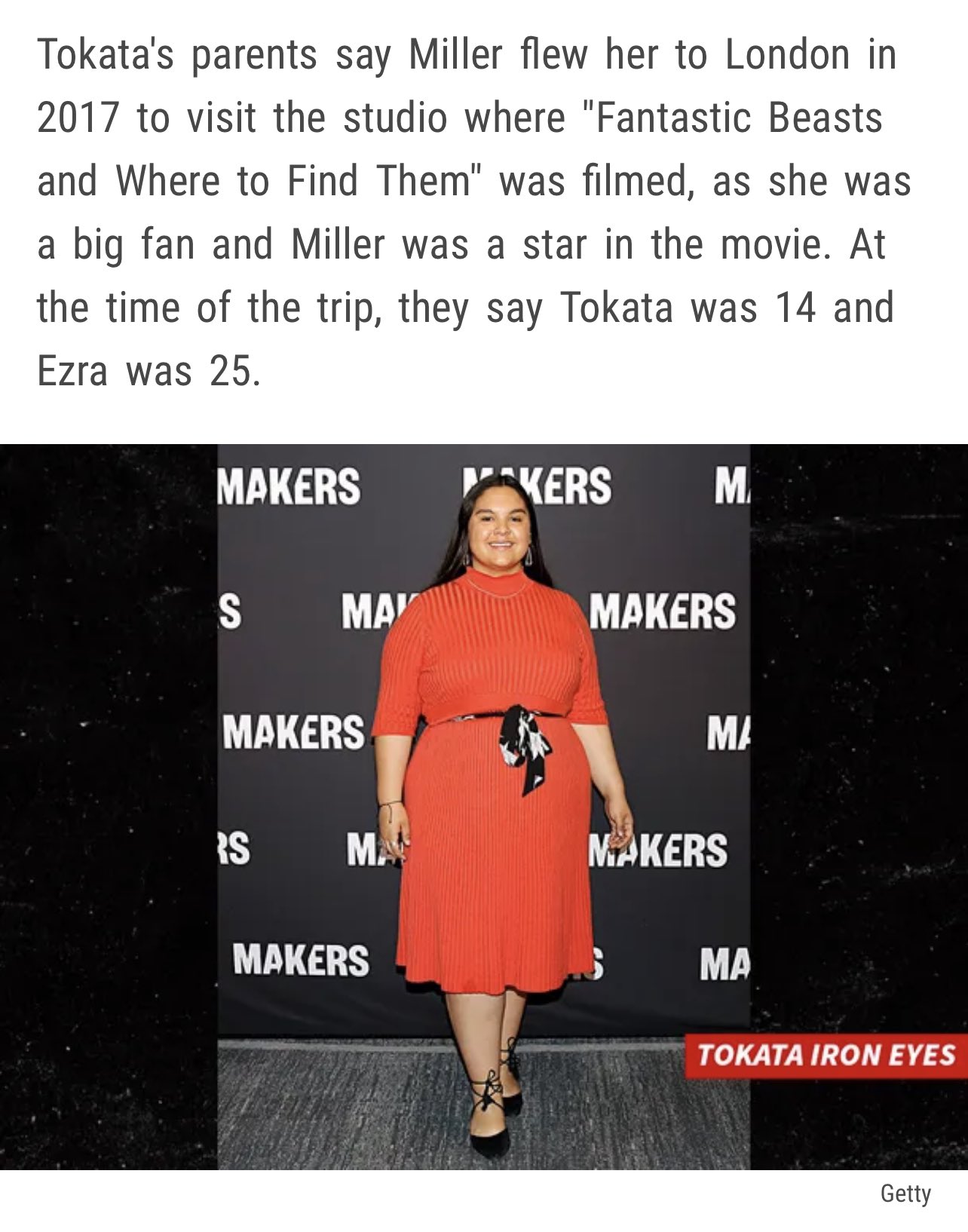 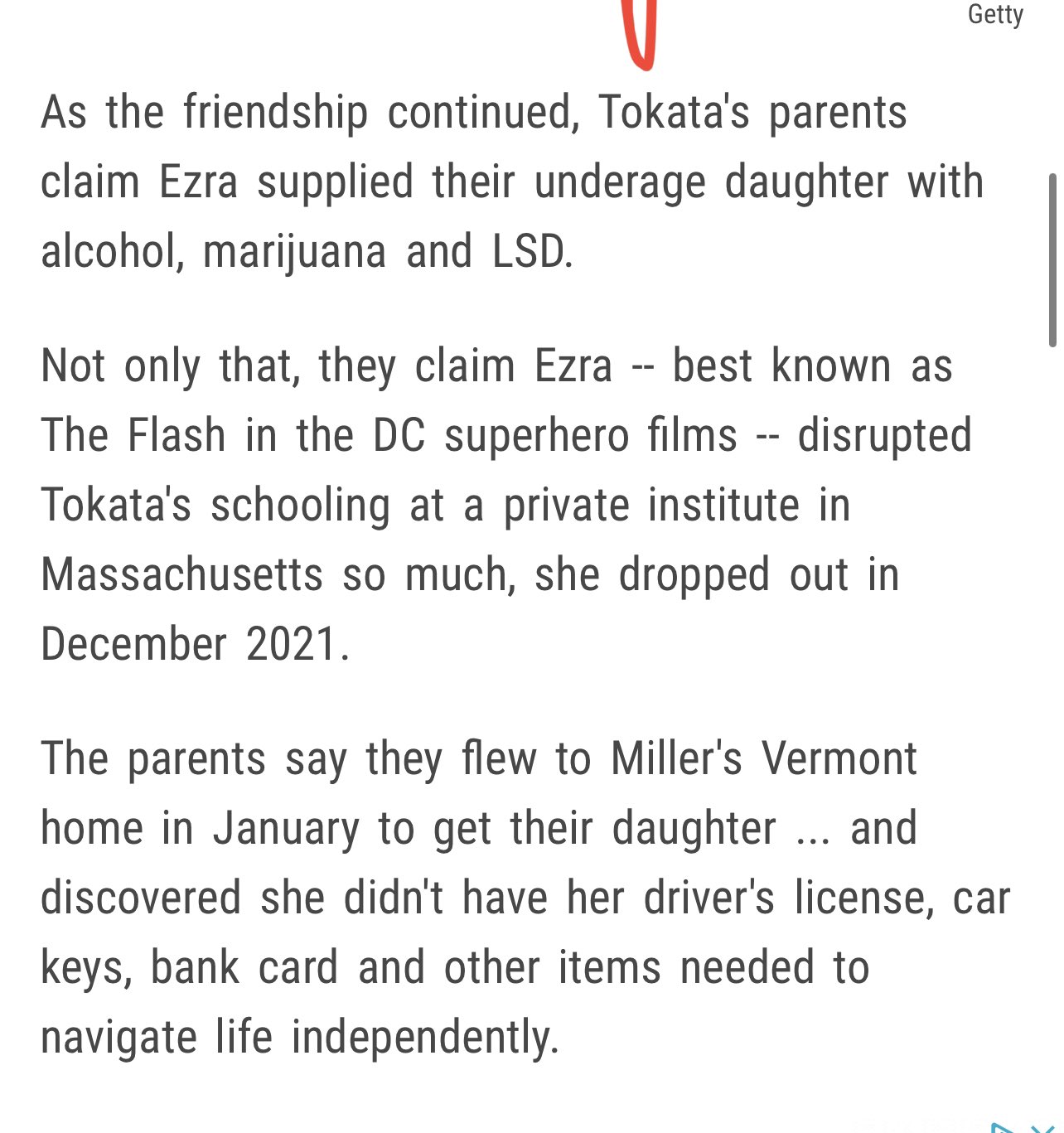 Miller and Tokata, who is also transgender, met at Standing Rock Reservation in 2016, where Ezra took an “immediate and apparently innocent liking” to their child.

Tokata was said to be allegedly given drugs and alcohol, as Miller showed a pattern of corrupting a minor. Miller offered to fund Tokata’s early admittance to the Bard College at Simon’s Rock in Massachusetts when Tokata was 16, a school Tokata dropped out of shortly after turning 18 years old.

Chase Iron Eyes witnessed Tokata, Ezra and others consume “massive amounts of cannabis” on a New Year’s Eve trip to Oakland, Calif. at the end of 2021.