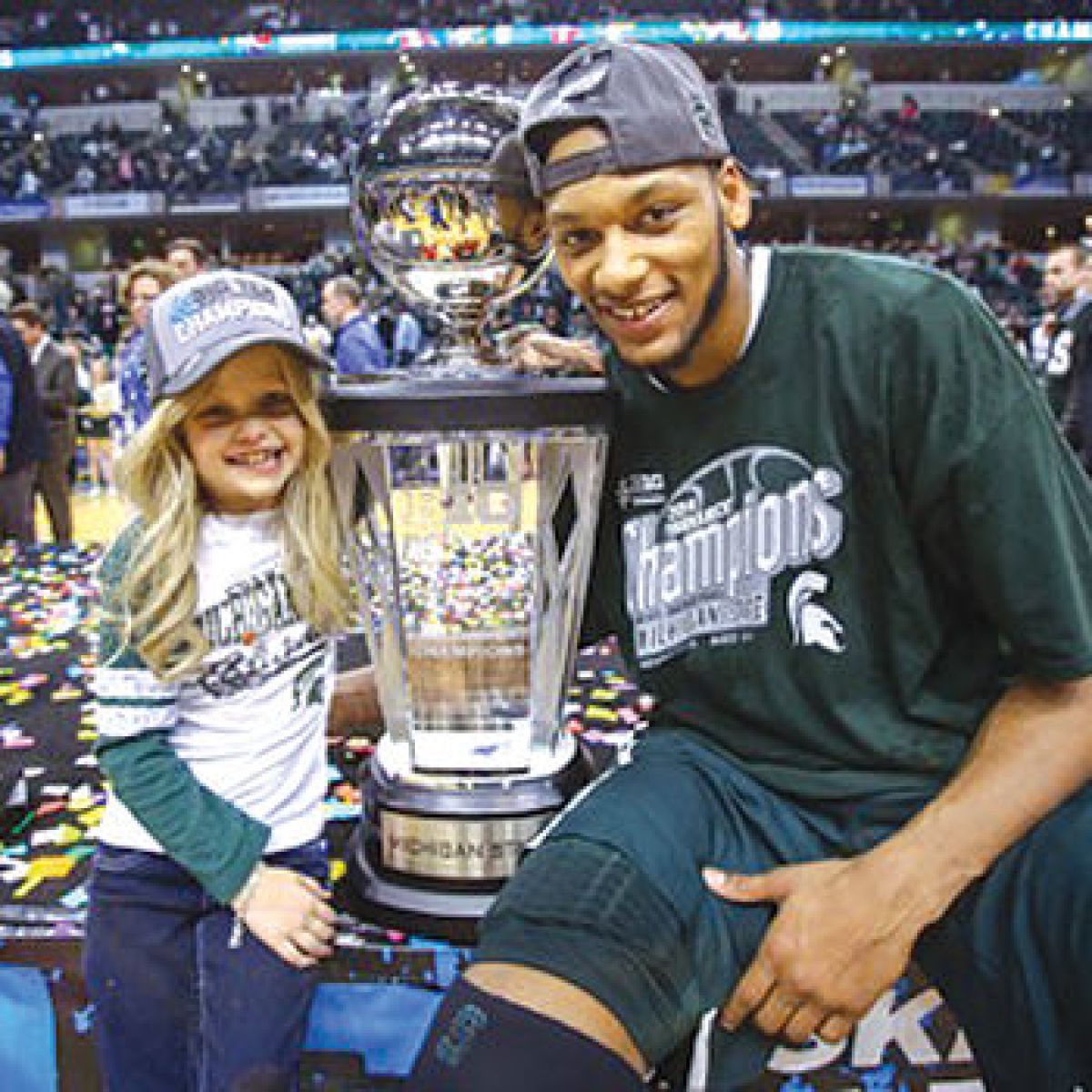 Payne played high school basketball for Jefferson High School. He posted averages of 15.6 points, 11.3 rebounds and 4.0 blocks as a senior. As a senior, he led Jefferson to a Division IV state championship and a 19-5 record. The Dayton Daily News named him first team All-Area.

Adreian Payne, the former Michigan State basketball star who played for the Spartans from 2010-14 and was a first-round NBA draft pick, has died. He was 31 years old. The former Spartan played four seasons for MSU and was a first round pick of the Atlanta Hawks in the 2014 NBA draft.

Payne joined the MSU program in 2010 and developed into an important piece as his points gradually went up each season he was in East Lansing. Payne averaged 16 points in his senior season and seven rebounds as he helped Michigan State reach the elite eight vs. UConn.

Adreian Payne was a former five-star recruit out of his native Dayton, Ohio. The 6-foot-10, 237-pound power forward signed with Michigan State and went on to be one of the most beloved players to ever play for Izzo in East Lansing. He first met Holsworth, who he referred to affectionately as “Princess Lacey”. She also sadly passed away from cancer on April 8, 2014.

This news is so disheartening and there is no other way around this other than this is just sad. Payne may have accomplished so much on the basketball floor, but he had so much life left to live. Payne last played ball with Juventus in the Lithuania Basketball League and saw action in one game with Al-Saad of the Qatar Basketball league, both this spring. He may have been an unforgettable player on the court during his four-year run with the Spartans, but his character and his friendship with Holsworth will be his longest lasting legacy.

Chris Hemsworth claims he feels ‘sufocated’ by his Hollywood work